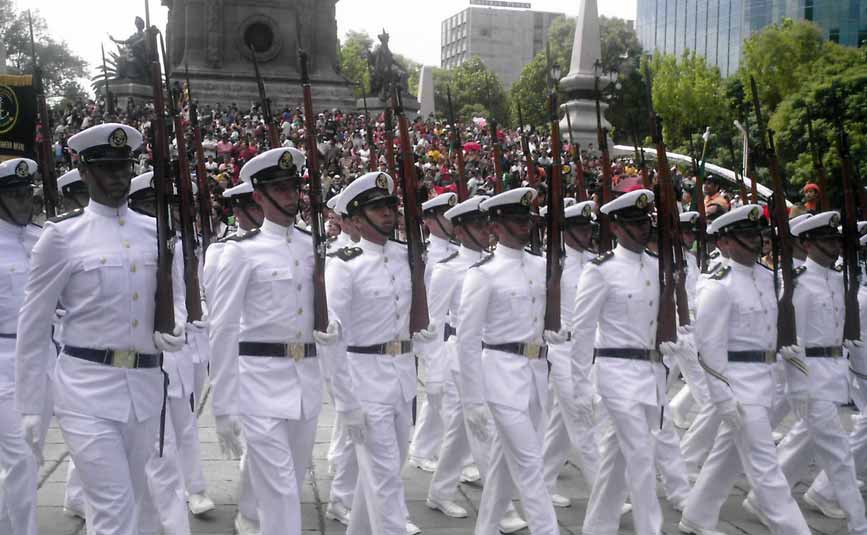 Every June 1st Mexicans throughout the nation celebrate Navy Day or as it’s known in Mexico, Dia de la Marina!  Navy Day is super fun in the nation’s port towns and nowhere does the celebration get livelier than in the cities of the Baja California. The peninsula’s ports celebrate the event with their own singular style, but typically sailing competitions, volleyball tournaments, ceremonies, parades, and fireworks are the rule of order for this renowned holiday.

The first Navy Day holiday was in Mexico in 1942.  Visitors to the Baja Peninsula’s port towns (and ports along the entire country’s coastlines) usually feature parades of marching naval personnel.  Ceremonies commemorate the naval service provided by the nation’s men and women.  It’s also a time to celebrate the ships and boats that make up Mexico’s navy and all the personnel who keep them in operational order.  Many of the ceremonies commemorate past naval actions and heroes as well as contemporary missions that often focus on the elimination of drug traffic by sea.  The national holiday typically begins with serious and dignified ceremonies, but end in parties and revelry throughout the rest of the day and night.  It’s a grand time to visit the port towns to witness the extra-special fun and adventure that is in store.

San Felipe is one of the best places to visit for Navy Day celebrations.  This town, located on the Sea of Cortez, kicks off the holiday early by hosting its annual fishing festival as the preliminary lead-up to its Navy Day festivities.  The fishing festival, of course, pays homage to the town’s fishing and sport fishing industries.  The Navy Day celebration itself involves a ceremony with town officials along with boat rides and seaside festivities promoted by local restaurants and clubs.  As one of the state’s most popular tourist destinations, San Felipe has unforgettable attractions and gorgeous beaches.

With its bustling port, it’s not surprising that Ensenada boasts a major Navy Day celebration.  Officials host ceremonies to commemorate the country’s naval history and the military personnel that died in the line of duty.  The city then features various events such as kayak demonstrations, a sailing regatta, sand sculpture contests, and many other activities designed to mark the occasion with recreational fun.

Whether celebrating in San Jose Cabo or Cabo San Lucas, expect fiestas, ceremonies, and an amazing extravaganza of recreational sports and activities.  The seaside cities at the tip of the peninsula come alive to demonstrate their naval enthusiasm.  It seems that everyone in these communities from school children upward participates in ceremonies and events.  Carnival rides, dances, and the fiesta-like atmosphere lasts for three days.  Off-road racing and fishing tournaments also round out the celebratory events.

If you’ve never been in town for the Dia de la Marina events, book a trip to one of these towns. While the cities of the Baja Peninsula offer a myriad of sites and attractions to behold, the holiday events are for lively excitement and entertainment to suit every holiday seeker’s taste!

If you’re heading south to Baja to celebrate the Dia de la Marina, make sure to remember that you need Baja Insurance. You can get a quick quote online here.

One thought on “Mexican Navy Day”