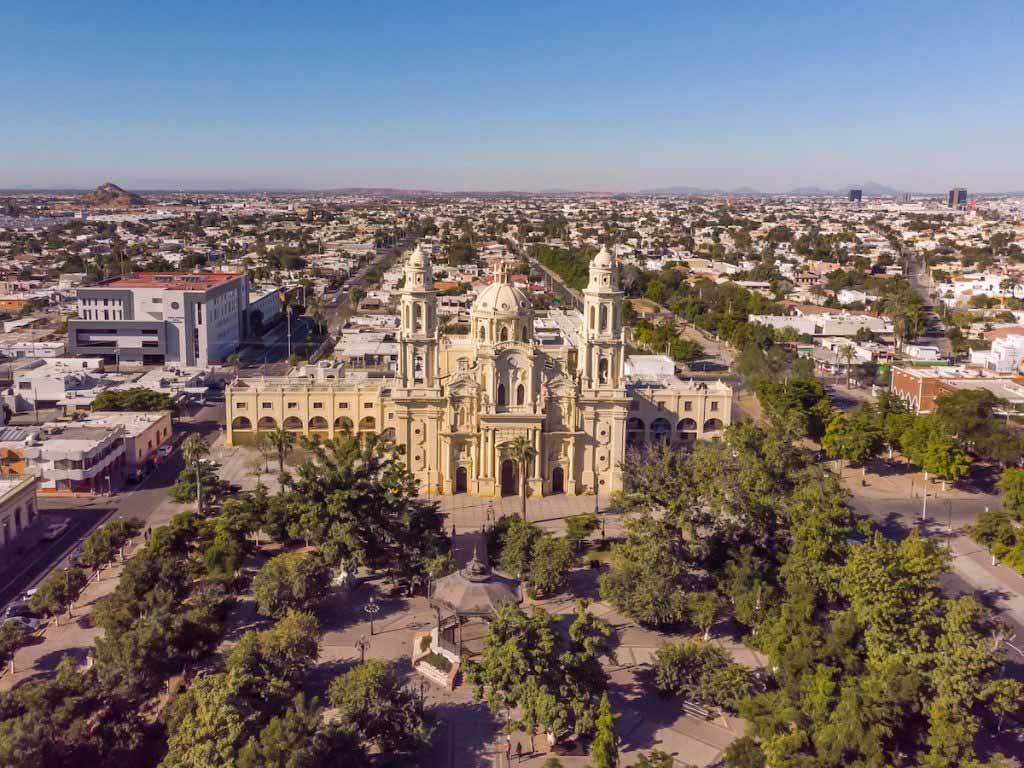 Hermosillo, in the middle of Sonora is the capital of the state. In addition, it is the primary business hub for the entire northwest region of Mexico.

As of 2018, the Hermosillo has a population of 900,129 inhabitants, making it the 16th largest city in Mexico. It helped that Ford opened a factor here in the 1980’s. As a result, the primary manufacturing sector is automobiles. Even today, Ford makes the F150, Lincoln MKS and some of the Ford Fusions at the Hermosillo Plant.

The El Pincate Zone has an archaeological site “San Dieguito Complex” which has evidence of Sonorans dating back 3000 years. To clarify, this is pre-hispanic era, inhabited by Seri, Tepoca and Pima people.

The native population resisted Spanish rule — the first formal parish established in 1822. Then, during the Mexican War of Independence, Sonora and the town of Pitic stayed loyal to the Spanish Crown. So, Alejo Garcia Conde (Spanish) defeated insurgent Jose Maria Gonzalez Hermosillo, who had been sent to Hermosillo by Miguel Hidalgo y Costilla. Then, in 1828, the settlement changed its name to Hermosillo to honor Jose Maria Gonzalez de Hermosillo. Finally, in 1879, the capital of the state of Sonora moved from Arizpe to Hermosillo. Ultimately, the railroad to Nogales finished in 1881, and economic expansion began. Since then, it is a hub for northwest Mexico.

Hermosillo occupies 14,880 square miles. The two rivers are Sonora and San Miguel. Both used for irrigation purposes. This town features a subtropical hot desert climate (BWh). Temperatures can reach 48 °C or 118.4 °F in the summer months, making it one of the hottest cities in the country.

Bahía de Kino or “Kino Bay”, has the Seri Museum which was founded to preserve the Seri language. In Kino Bay you can snorkel, scuba, fish (Marlin, Sailfish, Dorado), swim and boat! As a result, the waters are mild and consistent year-around.

La Pintada is an archaeological zone 35 miles south of Hermosillo and a refuge area for the Seri and Pima Indians. Likewise, these are significant cave markings and historical reference. For example, the humans drawn in those caves appear to wear skins and horns. Others depict various shapes and geometric figures. Clearly, it was either early artistry, a glimpse into prehistoric man, or perhaps alien documentation.

San Carlos is a beach paradise within Guaymas. For example, the waters are super clear and warm. As a result, this is a popular spot for the well-informed gringo or expatriate looking for true paradise.

Review the Hermosillo Maps to get to Hermosillo from Tucson. Take I-10 East for a mile, then merge on to I-19 South for 63 miles. 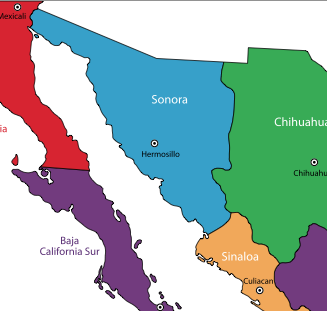 Located on the Sea of Cortez in northwest Mexico, the state of Sonora also borders the Mexican states of Baja California, Sinaloa, and Chihuahua. Sonora is also on the border with the U.S. across from the U.S. states of New Mexico and Arizona.  Its location on the sea makes it a popular tourist destination.  Admitted […]

What You Need to Cross the Mexican Border 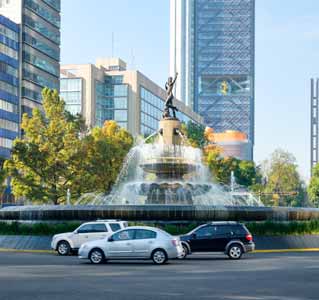 The best Mexico car insurance options for anyone driving their tourist vehicle into Mexico.  The default coverage on most policies includes roadside assistance, and liability auto insurance as required by law in Mexico.  Select the options that best suit your needs.  Don’t waste time or money, get your Mexican auto insurance here instantly, online.

Driving your RV into Mexico?  Get instant Mexican RV Insurance here in just minutes, online.  When you drive your RV in Mexico you want high-quality coverage that provides liability insurance and protection against damage to your rig.